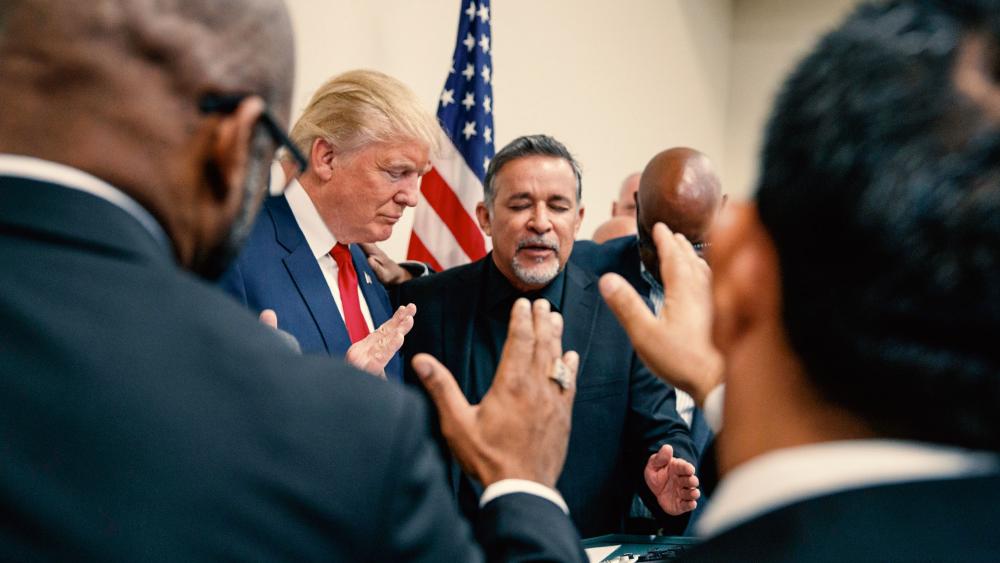 President Donald Trump is hosting his kickoff rally of "evangelicals for Trump" in 2020 at the King Jesus International Ministry in Miami Friday.

Rev. Samuel Rodriguez, president of the National Hispanic Christian Leadership Conference, said, "It is not only logical but—arguably—politically brilliant that the president will kick off 2020 with the launch of his reelection's evangelical outreach at a Latino megachurch in the state of Florida."

According to exit polls, 29 to 30 percent of Latinos voted for President Trump in 2016.

"The driving forces behind that Hispanic support may this time garner even greater support: faith values and economic opportunity. Latino evangelicals represent a constituency that is pro-life, supportive of religious liberty, and focused on biblical justice," Rodriguez said.

He believes many Latino Christians are unlikely to support politicians who promote socialism, arguing that it was "a socialistic worldview that destroyed Venezuela and Cuba and serves as the primary conduit for economic and civil rights oppression in Latin America."

The Miami rally comes after the Trump campaign reported it raised $46 million in the fourth quarter of 2019, far ahead of any Democratic candidate.

This all comes after the Christianity Today op-ed that said President Trump "should be removed" from office. The magazine got backlash from the evangelical publication's founder's son – Franklin Graham.

Trump received more than 80% of the evangelical support in 2016 and hopes to build on that number as he gets closer to 2020. A number of Christian leaders are weighing in on the event, saying many evangelical voters are still firmly supporting Trump.

Pastor Jack Graham of Prestonwood Baptist Church in Dallas, TX, said, "As evangelicals, we are enthusiastically supportive of our President and his policies. The rally is an opportunity for us to recommit to the continuation of his presidency and the promise of America's best values."

And Rev. Johnnie Moore tells CBN News, "Every indication is that President Trump will ride an evangelical wave right back into the Oval Office in 2020, but this time the coalition will be even larger and even more diverse. He ran in 2016 as a promise maker but in 2020 he's running as a promise keeper; having not just met but exceeded the expectations of his constituents."

Are You a Sugar Addict? Take This Quiz